A new preview for Disney+’s Obi-Wan Kenobi show has revealed concept art that shows Darth Vader locked in a lightsaber duel with a Jedi. Could this be a rematch between Anakin and his former master, Obi-Wan?

Available now on Disney+, the minute-long preview does not feature footage from the show, but does show off the concept art that you can see below. While the Jedi does have his back to the audience, there’s a good chance that this depicts Ewan McGregor’s Obi-Wan. Hayden Christensen, meanwhile, has been confirmed to be returning as Darth Vader. 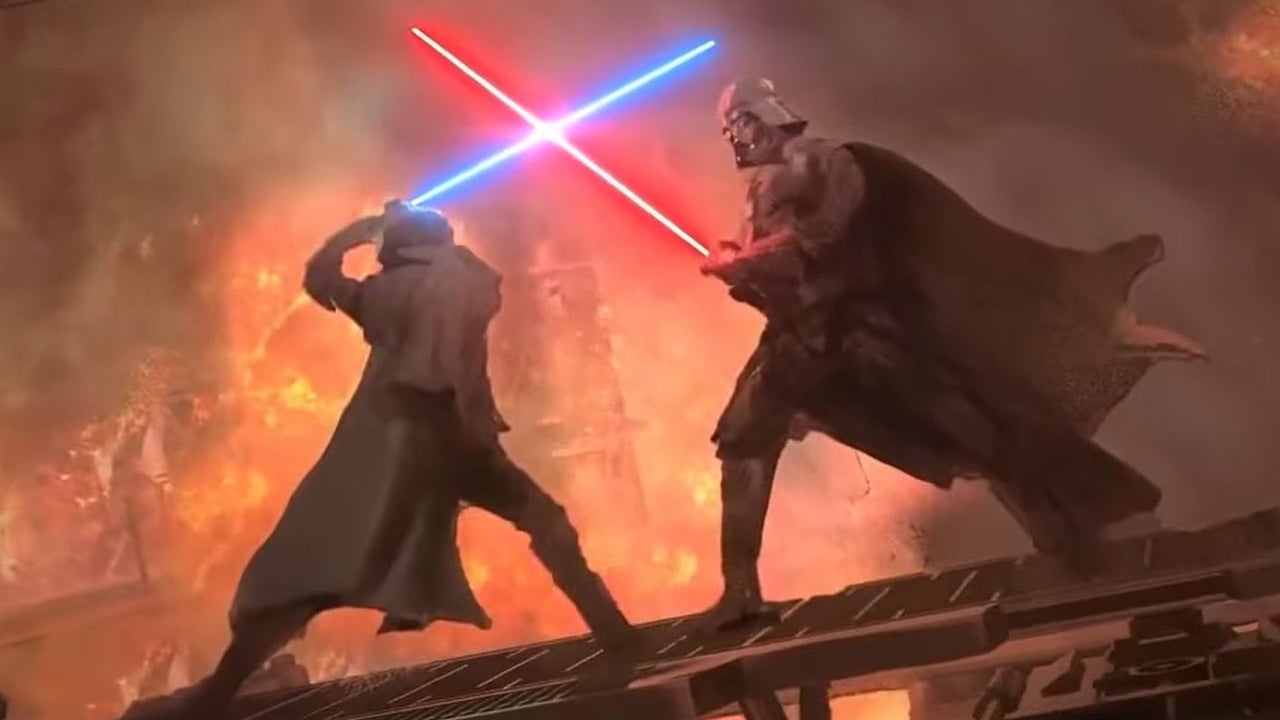 “To have another swing at each other might be quite satisfying,” McGregor says during the preview, further suggesting that the concept art depicts a scene that was filmed for the show.

“We couldn’t tell the story of Obi-Wan Kenobi without addressing Anakin or Vader,” says director Deborah Chow in the preview, which contains further concept art of Darth Vader. Set 10 years after Revenge of the Sith, Vader will be in full Sith mode and so hopefully pose quite a challenge for Obi-Wan, who at this point will be one of the very few remaining Jedi.

Obi-Wan Kenobi is set to premiere in 2022, and recently finished filming. McGregor has teased a “very special scene” which could also hopefully be an indicator for a huge lightsaber clash. We also believe that Hayden Christensen’s return can solve a big Darth Vader mystery.

← The First iPhone with USB-C Sold for Over $86,000 on eBay
John Mulaney and Andy Samberg’s Chip ‘n Dale: Rescue Rangers Movie Is a ‘Comeback’, Not a Reboot →