Epic Games has announced that a full achievements system is being added to the Epic Games Launcher next week.

Announced on the Epic Games website, the Epic Achievements system will be initially integrated into Rocket League, Hades, Pillars of Eternity, Humankind, Zombie Army 4, and Defense Grid, with more games to come.

Much like PlayStation’s Trophy system, Epic’s achievements will be assigned value based on metals. The lowest tier will be Bronze, moving up through Silver and Gold. Additionally, each tier has XP values. Bronze Achievements can be worth between 5 and 45 XP, Silver are 50-95 XP, and Gold are 100-200 XP. Earning 1,000 XP from Achievements in a game will net you a Platinum Achievement, which is always worth a solid 250 XP. 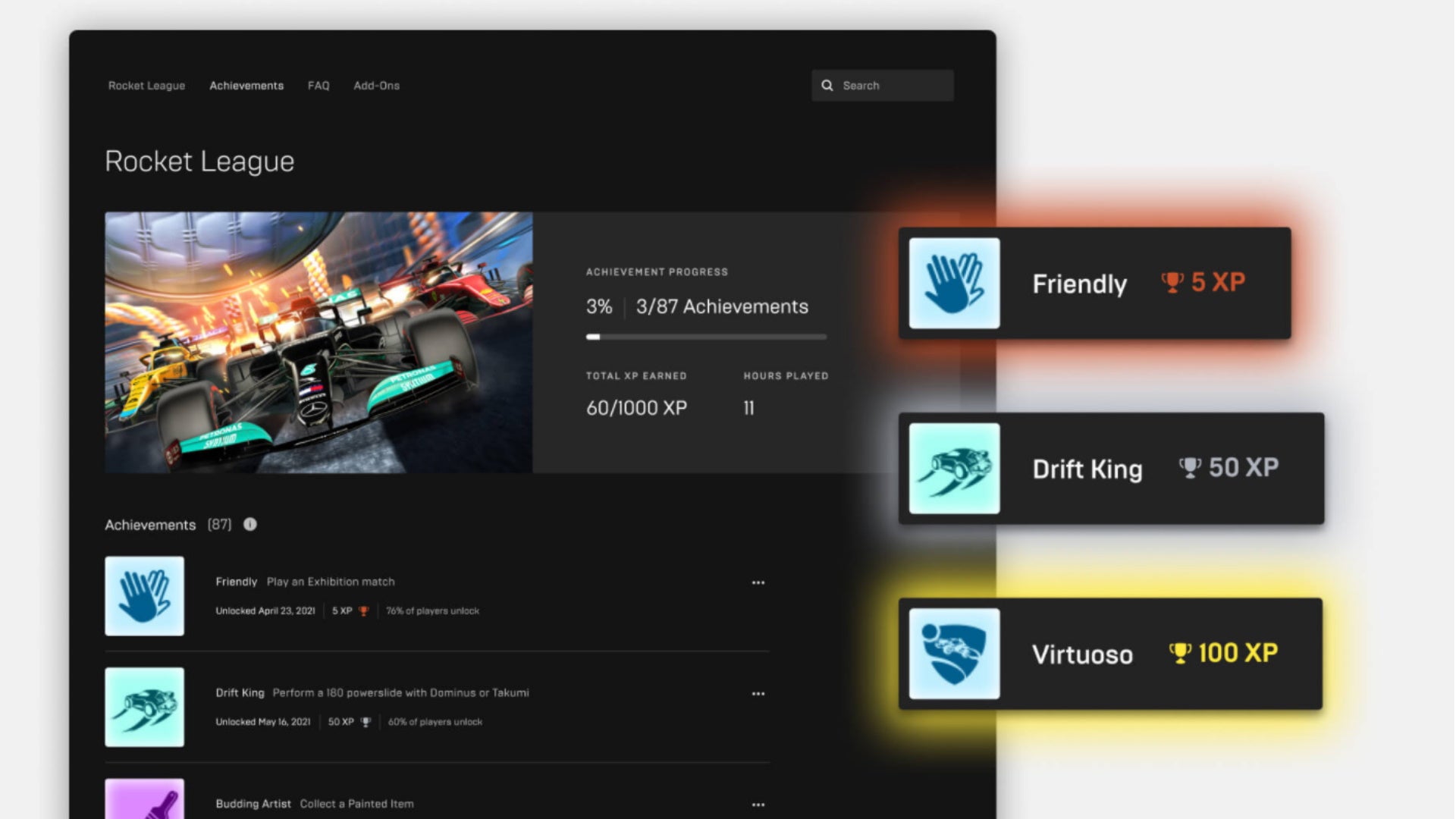 When the system launches, games supporting Achievements will have a new Achievement details page in the Epic Games Launcher, which will be accessed from their tile in your library. This page will outline all Achievements available in the game, as well as your progress towards each. It will also highlight Achievements you are close to unlocking.

Epic Games has supported achievements in the past, but not as a centralised system. Instead, it was a game-by-game system implemented by developers. These will be herby known as “developer achievements”, and will translate into Epic Achievements when the new system goes live. This will automatically happen and award the relevant account XP.

Achievements has been a big request from PC gamers from the Epic Games Store, which positions itself as a rival to the more comprehensive Steam. That rivalry has caused Epic to lose hundred of millions of dollars as it battles to steal market share from Valve, and has seen the company pay millions for platform exclusivity. That apparently even included offering $200m to Sony for PlayStation games on PC.

← Choo-Choo Charles Is a Horror Game About an Evil Train, and the Internet Is All for It
Kumail Nanjiani’s Eternals Character Stars in a Lexus Ad… Directed By the Russo Brothers →