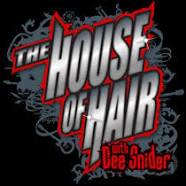 Utah mom Whitney Leavitt is in the middle of an online firestorm after she shared a TikTok video of herself doing a dance challenge next to her sick newborn son. The text that appears while she’s dancing says, “Lil Lee was taken [to the hospital] cause of low oxygen,” followed by “He tested positive for RSV” and then “Waiting for him to breathe better on his own.”

Some people online have defended her, but others have attacked her for what they call questionable behavior. She’s since taken the video down from her account, but it was reposted on Twitter by someone where it has over one million views so far. Leavitt has posted an apology video in its place. https://platform.twitter.com/embed/Tweet.html?dnt=true&embedId=twitter-widget-11&features=eyJ0ZndfZXhwZXJpbWVudHNfY29va2llX2V4cGlyYXRpb24iOnsiYnVja2V0IjoxMjA5NjAwLCJ2ZXJzaW9uIjpudWxsfSwidGZ3X2hvcml6b25fdHdlZXRfZW1iZWRfOTU1NSI6eyJidWNrZXQiOiJodGUiLCJ2ZXJzaW9uIjpudWxsfSwidGZ3X3NwYWNlX2NhcmQiOnsiYnVja2V0Ijoib2ZmIiwidmVyc2lvbiI6bnVsbH19&frame=false&hideCard=false&hideThread=false&id=1472495813402054661&lang=en&origin=https%3A%2F%2Fwww.drdavesultimateprep.com%2Fprep%2Fmy_picks&sessionId=ea8856f61064b20da7fbb77b05d75c9b5bd54dbe&theme=light&widgetsVersion=9fd78d5%3A1638479056965&width=550px

← WATCH: The BEST Reaction To Bring Surprised. EVER.
Man’s Aunt Gives Him A PS5 Candle →