Bryan Adams is being recognized by his homeland. The singer just received two nominations for the 2020 Juno Awards, Canada’s answer to the GRAMMYs.

Adams is up for Album of the Year for his latest release, “Shine A Light,” and will also compete in the Artist of the Year category. 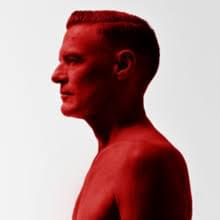 Shine a Light is Bryan Adams fourteenth studio release since his first studio release Bryan Adams in February of 1980. With a sleuth of releases under his belt from full-length albums down to countless singles, Adams has solidified his spot in the realm of classic music- let alone rock n’ roll. With 17 million hits in certified album sales in the US and somewhere between 60 and 100 million worldwide and the number growing daily, it’s safe to say Bryan Adams isn’t slowing down any time soon.

You can currently find him touring around Europe- Tallinn, Estonia to be specific; March 6th! Hold tight because he will be hitting the states in the near future! Catch him in Las Vegas on April 22nd! Find more tour dates at his website!

What Do You Think?