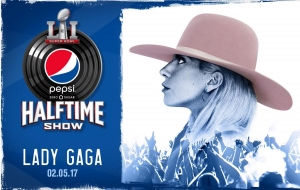 Gaga announced the news on Twitter by paraphrasing her current single “Perfect Illusion.” “It’s not an illusion,” she writes. “The rumors are true. This year the SUPER BOWL goes GAGA! ‪@nfl ‪@FOXTV ‪@pepsi ‪#PERFECTILLUSION ‪#GAGASUPERBOWL.”

This will be the second year in a row Gaga has performed at the Super Bowl. At this year’s game in Santa Clara she sung the National Anthem.