Request Line
888-386-1015
There has been very public backlash against the upcoming “Ghostbusters” reboot and the first trailer released for it, leading it to become the most “disliked” video on YouTube. Now, one of the movie’s stars is explaining the “very confusing” clip that’s “not dependent on” the other “Ghostbusters” movies. 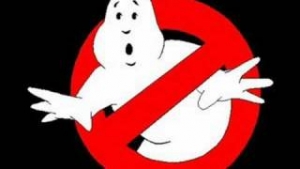 “It’s a reboot, not a remake,” Melissa McCarthy explained on  “I know it’s weird that they say ’30 years ago,’ but in this movie it’s like the first one didn’t happen. It’s that great story but told totally differently.”

Aside from that, though, the story is much like the original 1984 movie and the 1989 sequel. McCarthy says, “it’s the same thing of four unlikely heroes: it’s in New York City [and] ghosts are taking over.”

To decide whether the backlash is warranted, check out the reboot of “Ghostbusters” when it hits theaters on July 5th.
← Smelling Farts May Prevent Dementia
Website Promises Realistic Fake Doctor Notes with Money Back Guarantee →