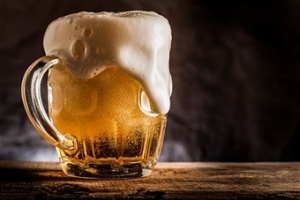 A guy in Russia is living the dream as he rigged up a special faucet in his apartment to draw beer straight from a brewery.

We’re not talking about a guy who just put a keg underneath his sink. Instead, Andrey Yeremeev – who happens to live above a brewery – was able to convince the brewer to let him run a 10-meter pipe directly to his kitchen.

He was also able to convince his housing committee to let him pull off this stunt because…who wouldn’t want a neighbor with an unlimited supply of fresh beer?

Andrey is no dummy. He still has one water spigot because – as everyone knows – it’s not ideal to brush your teeth and wash your face with beer.

He did not say how much this amazing system cost him, but he did say that it is worth it and that he’s “living out his dream.”
Source: Uproxx